Reiulf Aleksandersen is an ethnic Norwegian. He has dreamt of owning reindeer ever since he was a little boy. A once in a lifetime opportunity presents itself when a Sami woman retires and offers Reiulf her siida unit, a permission to own a reindeer herd, on the island Kvaløya. But according to Norwegian law only persons of Sami* descent may head a siida unit. Therefore Reiulf’s wife, Risten, who is a born Sami, must become the formal head of their siida unit if her husband is to turn his lifelong dream into reality. There’s another siida unit on Kvaløya, headed by Sami reindeer herder Per Lars Kitti. He is strongly opposed to the newcomers establishing themselves on the island. He takes his case to court in order to stop them.

* The Sami are the indigenous people of the Nordic countries.

Grading and online: Bjørn Even Skogsfjord

The Battle for Survival

The small town of Vardoe is located on an island high up in arctic Norway. The Barents Sea surrounding the
island is aboundant with fish.
But no fisheries exists in Vardoe and the houses stand empty. The inhabitants are declaring Snow Ball War
to survive.

ABOUT THE SNOW BALL WAR 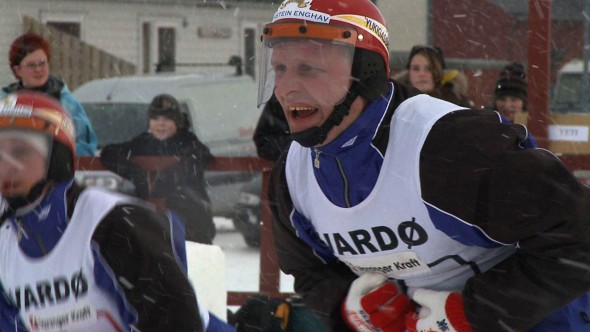 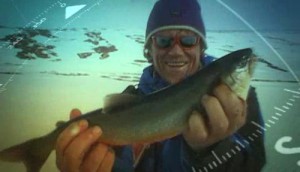 Lars Monsen is heading into the wild again. This time into the Norwegian wilderness. In 6 x 29 min episodes he will travel together with director Fridtjof Kjaereng on dogsledge over the glacier of Svartisen, with canoes in the Femunden wilderness and hiking over the Finnmarksvidda plains in Lappland.

Lars Monsen is enjoying his expedition over the Svartisen glacier. Fishing and searching for the rare Hunting Falcon. (NRK1 søndag 13. mars 2005 kl. 20.45) – More…

Norwegian Wilderness with Lars Monsen (3): With Kayaque in canoe at Femunden

Lars Monsen and his dog Kayaque is continuing through Femundsmarka. They encounter a guy who is huntig the fish pike with his revolver. (NRK1 søndag 27. mars 2005 kl. 20.45) – More…

Lars Monsen starts his expedition from Karasjok in Finnmark, the capital of the Sami people. He is going through 350 kilometre before he reaches his goal, the nothernmost area of Europe, The North Cape. (NRK1 søndag 3. april 2005 kl. 20.45) – More…

Autumn is on the arrival in the north of Norway with snow and sleet. Lars Monsen starts working for Ellen Marit Somby Sara, one of the few female Sami reindeer owners on the Finnmarksvidda plains. (NRK1 søndag 17. april 2005 kl. 20.45) – More… 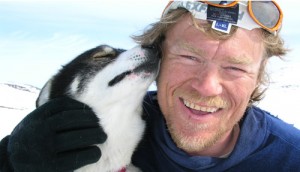 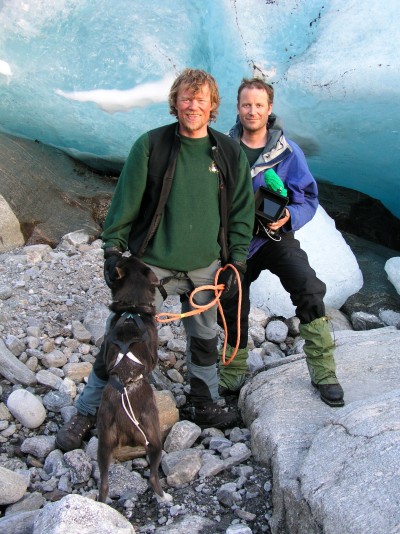 Monday, April 4th, 2011 at 11:21 am
Series
Comments Off on Norwegian Wilderness with Lars Monsen 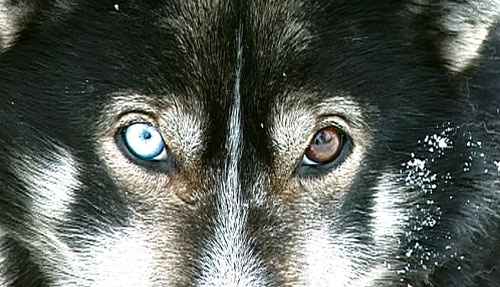 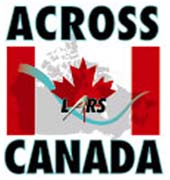 Canada from coast to coast is approximately 8000 kilometer walking distance. The Norwegian explorer Lars Monsen and his six dogs is to spend nearly three years in the Canadian wilderness. Hiking, skiing, using the dogsledge or in the canoe, they are planning to move all the way from northeastern Alaska to the coast of Labrador. Most of the Wilderness is uninhabited by humans. Some even inaccessible by planes.

This ground breaking 6 x 29 min episode videodiary serial was one of the first of it’s kind and established a trend for the expedition documentary serials to come. It made Lars Monsen one of the most popular Norwegian TV personalities on record.

Across Canada was awarded the National Norwegian TV award Gullruten for best documentary serial in 2005.

6 episode descriptions with some trailers (Norwegian Language Only)

Across Canada (1): On a dogsledge through the Northwestern passage (Norwegian language only)

To most people 8000 kilometer alone through some of the worlds most remote wilderness in extreme cold temperatures and with wolves and bears around does not seem like a good idea. But to Lars Monsen this is the perfect challenge. (NRK1 torsdag 6. januar kl 19.55) – More…

Across Canada (2): Hunting wolves in the deep forests (Norwegian language only)

The sea ice in Alaska is behind him and Lars Monsen is moving through the deep forests of The Northwestern Territory. It’s bitterly cold but plenty of wildlife. (NRK1 torsdag 13. januar kl 19.55) – More…

Across Canada (3): Hudson Bay or certain death (Norwegian language only)

Lars Monsen is facing his biggest challenge. He has to move through 1500 kilometres of the worlds most remote wilderness. Only the wolves are there to keep him company. (NRK1 torsdag 20. januar kl 19.55) – More…

Across Canada (4): Among the hunters of polar bears (Norwegian language only)

Lars Monsen has arrived at the Hudson Bay and get a first hand experience what it’s like to be attacked by a polar bear. (NRK1 torsdag 27. januar kl 19.55) – More…

Across Canada (5): 2000 kilometre on sea ice (Norwegian language only)

Hudson Bay is enormous and Lars Monsen has to move through 2000 kilometres of sea ice. But the warm weather is becoming a problem. (NRK1 torsdag 3. februar kl 19.55) – More…

Across Canada (6): Towards the end of a three year long expedition (Norwegian language only)

Lars Monsen is near the end of his three year long expedition. It’s been tough both for himself and his dogs. Will they make the final distance (NRK1 torsdag 10.februar 2005 kl. 19.55) – More… 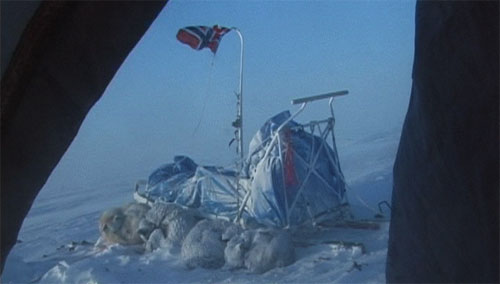